Since 1950, the Taylor Rodeo Association has proudly brought to you the Taylor Annual Rodeo in the hometown of Bill Pickett. The crowds that come to this yearly event have grown because of the enthusiasm and the excitement– but most of all for the entertainment they receive. Over the years the Taylor Annual Rodeo has become the big fish in a small pond. It is one of the biggest and best small-town rodeos anywhere. 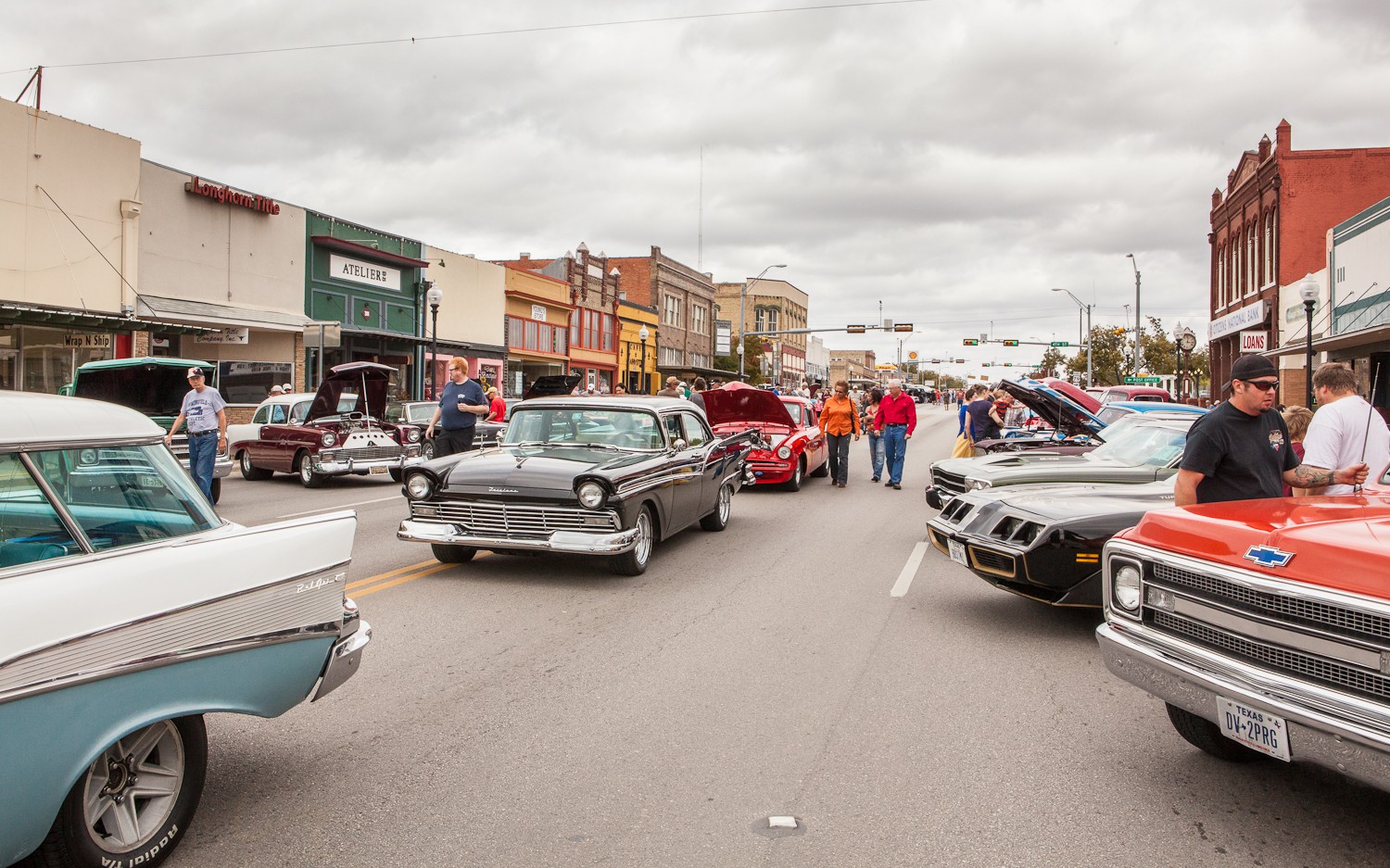 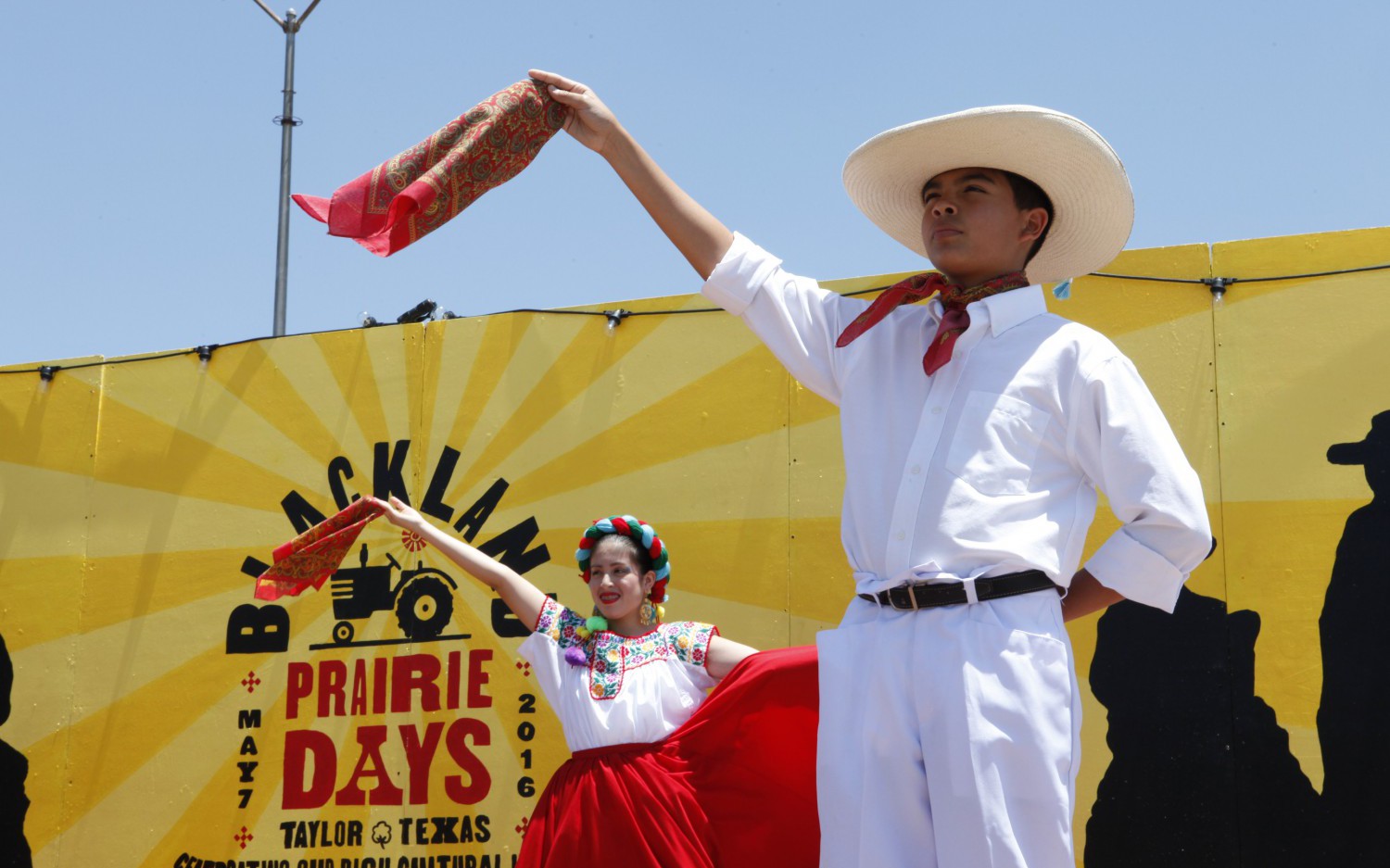 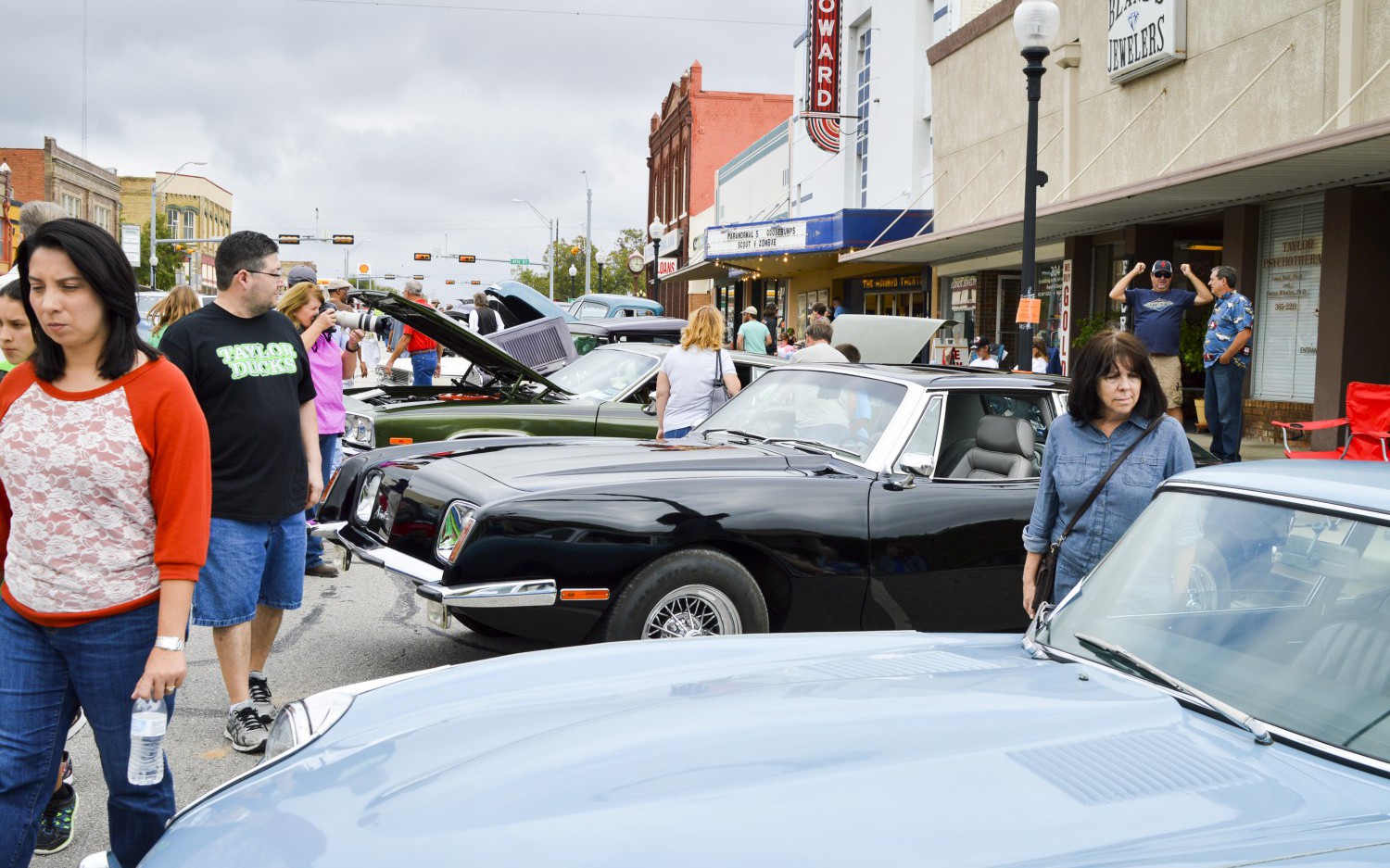 The Main Street Car Show is an annual event held in late October/early November. This event is sponsored by the City of Taylor and Main Street Taylor, Texas, and in the past has featured art exhibitions, food, music, raffle prizes, and shopping, along with a wide array of impressive cars.

Held on September 11th each year

The Taylor Fire Department brings the community together every year on September 11th to honor those who lost their lives in the attacks that occurred in 2001. During this event, emergency personnel and vehicles parade through downtown Taylor.

First weekend in May

This annual festival takes place during the first weekend of May every year. This festival is sponsored by the Main Street Program, a program which focuses on downtown revitalization within the context of historical preservation. The Taylor Main Street Program supports the redevelopment of the downtown area through historical preservation, education, economic development and heritage tourism. This event includes a kids fest, arts & crafts, food, entertainment and more.

Held on July 4th each year

The annual Taylor fireworks show is held in beautiful Murphy Park each year on July 4th at dusk to celebrate America’s independence.

The City of Taylor hosts a Christmas Parade of Lights every year on the first Saturday in December.

Third Thursday of the month

Specials in select stores and businesses are open for extended hours in the evening on the third Thursday of every month in order to showcase the unique businesses in downtown Taylor. Door prizes, music and food make this exciting event something to look forward to every month!

Second Saturday of the month

The excitement of Third Thursday is coming to Saturdays in Taylor! Specials at many downtown shops are open late on the second Saturday of every month. Door prizes, music and food make this exciting event something to look forward to every month!

Taylor hosts numerous BBQ cook-offs throughout the year, including the Taylor International BBQ Cook-Off in August.

In order to showcase the unique businesses in downtown Taylor, shops are open late (until 9 p.m.) on the third Thursday of every month!  Door prizes, music and food make this exciting event something to look forward to every month!

We are excited to be on stage with our brother Memphis Kee at Black Sparrow Music Parlor on July 1st at 7 pm! Get ready for great food, drinks, and Rock ‘n Soul!

The Music on Main FREE concert series is back for the 2022 season! The June band will be Mel Davis & the Blues Specialists. This event is family-friendly and attendees are encouraged to bring their own blankets, chairs, and picnics to enjoy the show in the park.
Thank you our sponsors for helping make this event possible:
– Texas Beer Company
– Julie Downs with Tierra Grande Real Estate
– Taylor Press
– Public Sketch
Read more
Jun
17
Fri
Skatenigs Return
Tickets
Jun 17 @ 8:30 pm

Do you live life to the fullest? For thirty years now, this is a question that has been challenged by a formidable group known as the Skatenigs. A band of heathens that has survived like cockroaches navigating life’s ups and downs making no excuses for their unconventional lifestyles or lack of. Phil Owen (aka Phildo) developed a brand of music that stole from every aspect of outlaw genres such as punk rock, heavy metal, rap, hillbilly, and every sacred rock and roll anthem vulnerable to its taking. After landing a deal with the Chicago-based Wax Trax Records, through an introduction from his Revolting Cocks cohort and Ministry’s main man Al Jourgensen, Phildo penned the now-classic song “Chemical Imbalance.” 2016 brought the release of the band’s most current album “Adult Entertainment for Kids”. This album currently is streamed in 51 countries and has assured the Skatenigs are anything but forgotten! Join Phildo and his band as they rise from the gutter to bring you an undeniable experience that is sure to be on your bucket list!

We are going back to the dance clubs of the ’80s and ’90s for one special night. DJ Cort will share his collection of dance music styles including Techno, House, Industrial, Acid Rock, Hip Hop, and more. No Cover!

Read more
Jun
18
Sat
The Blackland Chemical Experiment
Tickets
Jun 18 @ 8:00 pm – 11:00 pm
An Original Live Performance of Music, Art, & Theater!
Ben & Andy promised they would outdo themselves after their last quirky creative project “Finkle & Einhorn”. This time around they recruited some extraordinary local talent and put together a new band and a show that will make history in our great little town.
Prepare yourself to see a truly unique concert experiment with aspects of physical art, poetry, theater, drama, comedy, and of course really great music. It’s very possible that this will be a “one-off” and will completely sell out, so get your tickets now to be sure you won’t miss out on THE BLACKLAND CHEMICAL EXPERIMENT!
Read more
Jun
23
Thu
Comedy Thursdays
Tickets
Jun 23 @ 7:00 pm – 9:30 pm

Bill Palmer is an outdoorsman, singer, writer, musician, producer, engineer, lover, father, son & brother. He grew up on his grandfather’s farm in rural East Texas, near Winona. His mom and dad played early rock n roll 45s for him and mid-70s era Willie Nelson, which captivated him and forever enraptured him with music and specifically the guitar. He was given an old flip-top cassette recorder by the age of 5, and he was off and running. He grew up spending much of his time in the woods by day and listening to his jambox by night.
He went on to study philosophy at The University of Texas in Austin and soon met compatible musicians to play with, forming the essential and influential mid-90s Austin band, The Sharecroppers (later Good Medicine Band). From there, he formed Hundred Year Flood, joined Hot Mess with his future wife Stephanie Hatfield, founded Bill Palmer’s TV Killers, and plays in The Palmer Brothers with his brother Jim.
His love for recording and producing music led him to be the co-founder, engineer, and producer at Santa Fe’s legendary Frogville Studio, where he made hundreds of records and won countless awards over the course of 16 years. In 2018, he left Frogville to pursue his own unique recording vision and now bases out of his very own Torreón Studio in Santa Fe, NM.
Wayne Sutton, former lead guitarist, and co-songwriter of ‘90s hitmakers Sister Seven. As Sutton reconciles his 30+ year career as a musician with his role as longtime husband, father, and music teacher, his new solo album Blue Worm – his third overall and first in nearly 15 years – now takes him to perhaps the most surprising place of all. “I spent a lot of years flying by the seat of my pants musically,” Wayne admits, “and got burned out by the business side. But when you discover a larger map, it makes you hungry to create again. The key to finding your own voice is honesty.”
Read more
Jun
26
Sun
G21 Car Show
Tickets
Jun 26 @ 9:00 am – 1:00 pm

Downtown Taylor is home to a variety of happenings through the month! In addition to 3rd Thursday, 2nd Saturday and numerous festivals, the town also welcomes the G21 Car Show on every 4th Sunday of the month! Stroll through a block and a half of beautiful cars while taking in the scenery of Historic Downtown.

Read more
June 2022 Jun 2022
Subscribe
Manage Cookie Consent
To provide the best experiences, we use technologies like cookies to store and/or access device information. Consenting to these technologies will allow us to process data such as browsing behavior or unique IDs on this site. Not consenting or withdrawing consent, may adversely affect certain features and functions.
Manage options Manage services Manage vendors Read more about these purposes
View preferences
{title} {title} {title}